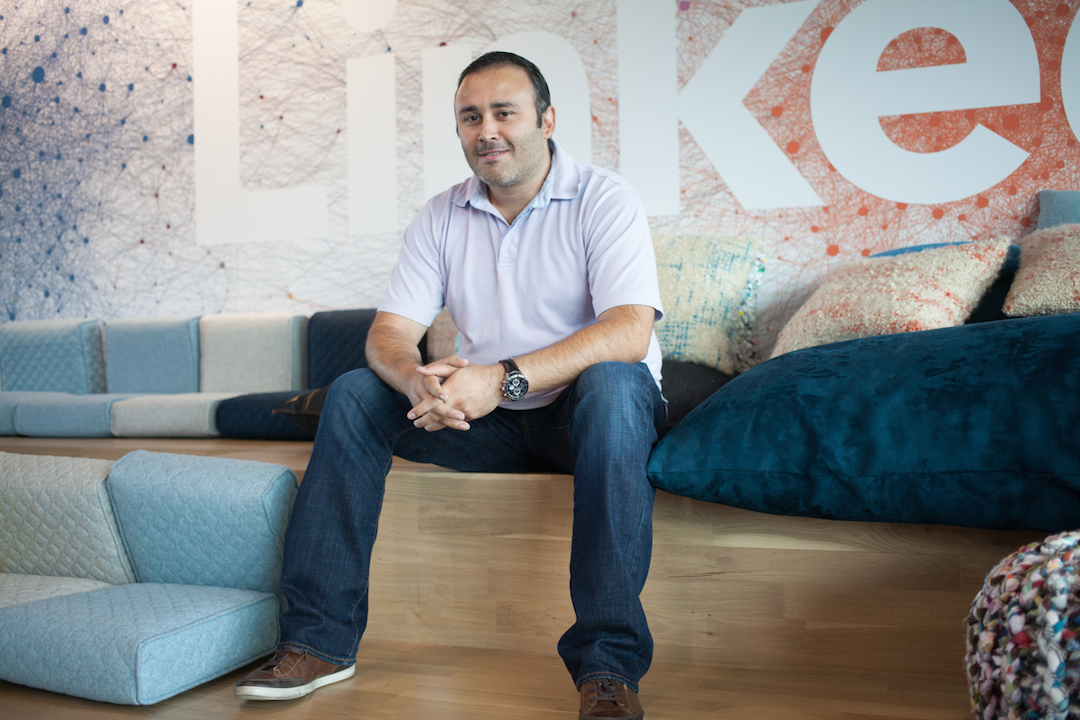 How LinkedIn built one of the best IT cultures

When I first walked into LinkedIn’s office to interview Craig Williams and Wil Bolivar about how they built a highly successful IT team, I thought I had found my answer right away. There were cafeterias on every floor and the bean bag chairs seemed to outnumber the desks. The receptionists welcomed me with smiles and then pointed me to their fully staffed coffee shop. I thought this was just another Silicon Valley culture story—an amazing workplace with the amenities you’d expect from a company that has a market cap just north of $25 billion.

However, the story of how LinkedIn built one of the best IT teams isn’t about their beautiful office, or the fact that like many tech companies, they offer unlimited amounts of gourmet food. The story of LinkedIn’s Global Technology Solutions (GST) team’s success is rooted in the culture they have carefully crafted. It’s a story of success that any IT Director can respect.

It starts with the leadership, as it usually does. Walking through the office, Wil Bolivar, Director of Global Technology Solutions (GTS), was quick to hold the door and say “Hello,” to passersby. The employees that Bolivar introduced me to were also quick to smile and immediately dropped what they were doing to chat for a few minutes. And the tech behind the help desk counter was just as warm as the IT engineer in the midst of a project.

After speaking with a few team members I asked Bolivar where they found talented IT candidates with such great people skills. It turns out they look for people who are personable, not just IT experts.

Look for the “PHDs”

The GTS’ hiring requirements say nothing about a previous background in IT. In fact, one of their most successful recruiting channels has been YearUp, a program that offers business training to disadvantaged youth. The program teaches these young people skills like customer service, technical skills and leadership. Then LinkedIn looks for the ones with “PHD”, a term the company coined, which stands for Passion, Heart and Drive.

When I asked Bolivar’s counterpart, Craig Williams, another IT Director at LinkedIn, the same question during a phone interview he had a similar answer. “It’s the type of person that we’re looking for. We hire people with huge hearts and drive. Anything else they don’t know, we can teach them,” he told me.

Williams’ team began offering customer service training through a program they started a few years ago called Global Technology Solutions University. “GTSU is really focused on some of the softer side aspects of emotional intelligence, customer support and attitude,” he said.

He attributes much of his team’s success to the soft skills that every IT employee develops, but he also points to the focus on hiring talented people. 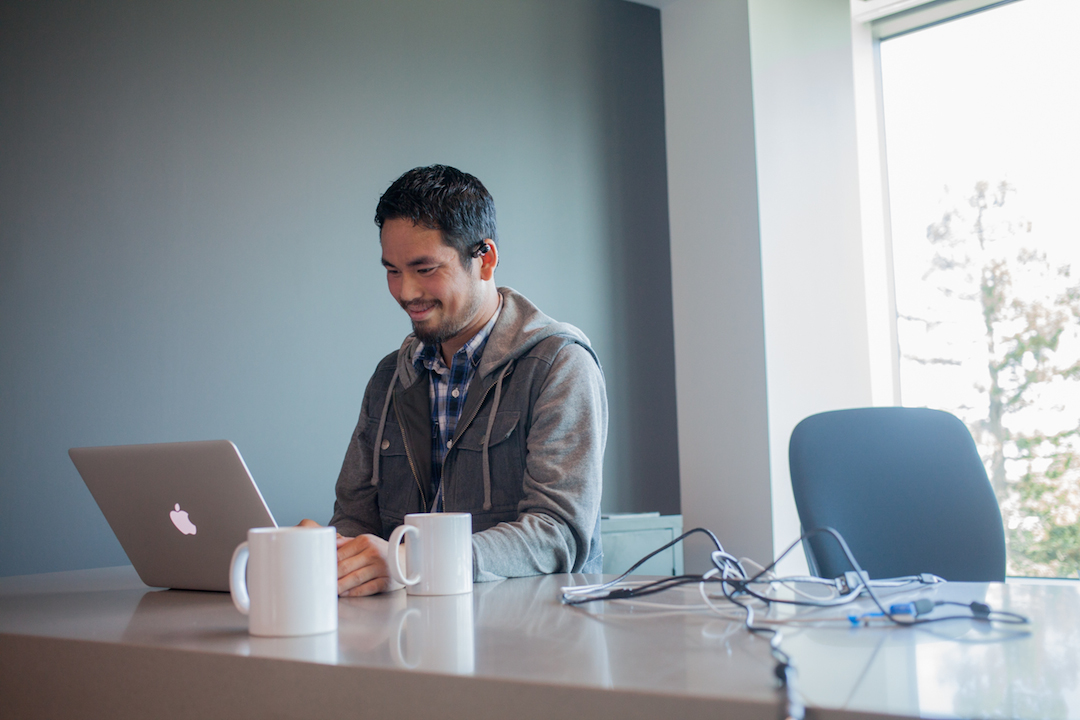 LinkedIn’s CEO Jeff Weiner begins the company all-hands meeting with the same discussion every week: talent. Williams said the same is true during his team’s all-hands. The ethos at LinkedIn is centered on — and borderline obsessive about — hiring the smartest people they can possible find. They believe if they hire PHDs and give them additional customer service training that they will offer best-in-class support.

Both Williams and Bolivar foster a culture of constant professional development and growth. Bolivar, explained that employees are encouraged to take courses to improve both soft and technical skills. “We have project managers that offer sessions once a month to give folks an opportunity to see how project management works.” All courses are recorded and hosted on the company’s intranet so that employees can access them at any time.

Williams told me that at LinkedIn they don’t just focus on the most senior people either. He tries to ensure young people to thrive in the company. “Some of the most impactful people we’ve hired are interns. We tell them ‘Don’t come in just to learn. Come in to make a difference.’ And when you hire someone like that, it’s amazing what can happen,” he said.

One example of this is Hack Week. A couple of times a year, everyone on the IT team is free to build what they want. Some employees build tools that speed up their own workflows while others contribute to open source projects.

Recently an employee built a conference room scheduling app. The app gives LinkedIn employees a list of all the rooms that are available and the option to reserve unoccupied rooms on the go. After completing the project, the employee was promoted to project manager and led the development of the app further.

Measure and run your IT team like a business

In order to ensure that their investment in employees pays off, LinkedIn’s IT team measures the growth of both their team and the core business. They give every employee Objectives and Key Results (OKRs) each quarter, which range from simple goals like learning a new skill, to advanced projects that reduce costs.

One such project that Williams’ team is currently working on is reducing the amount of tickets submitted by new employees. In order to do this, his team started hosting two-hour IT onboarding courses to help new hires set up their development environments faster.

The initiative required cross-department collaboration which Bolivar told me isn’t uncommon. “We do a great deal of cross team collaboration and we align our OKRs with those teams so that we are able to work on projects together and deliver them on time,” Bolivar told me.

While OKRs may not be all that unique, the way both Bolivar and Williams look at IT is. Both men told me that they measure their teams like individual businesses within the company.

“IT isn’t about IT. IT is about how to make the company more money. If we can reduce cost, we have to do that. If we’re making our products better, and focusing on how to make Linkedin software that much better, that’s our job,” Williams said. At LinkedIn the IT team isn’t building technology for technology’s sake. Everything is measured and contributes to the company’s success. 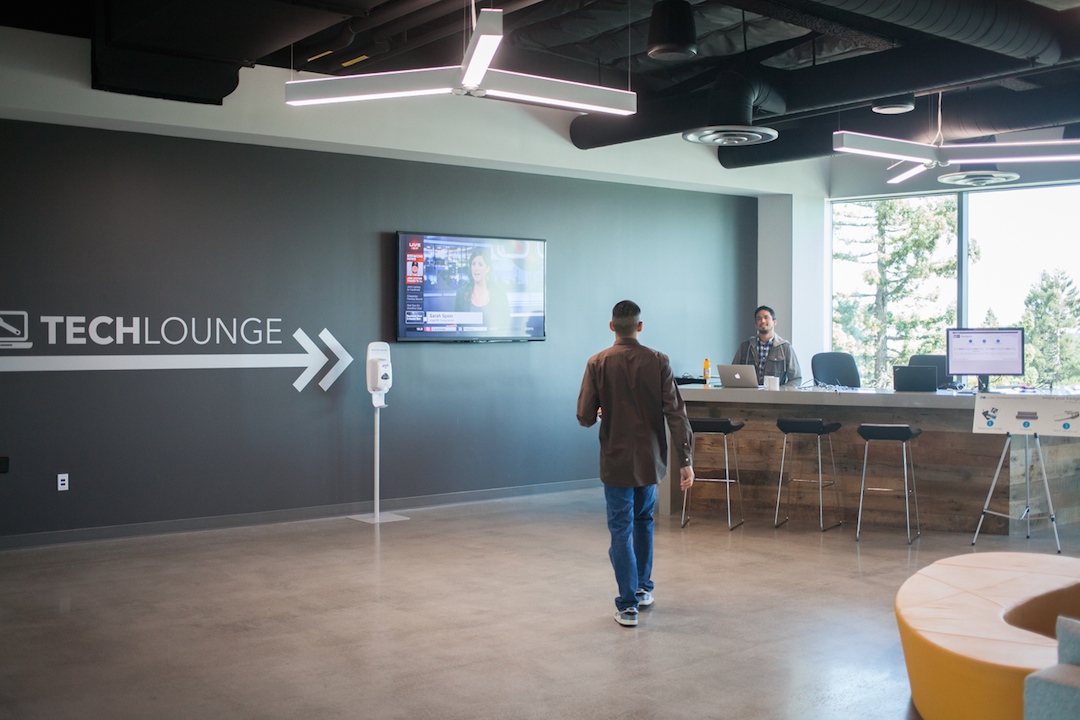 This philosophy has led the team to a unique view on building internal products, too. They measure themselves against what a vendor of the same solution would be able to deliver. “You have to look at it as competing for your work. If you look at it that way, and think ‘If I had to compete with another company would our solution be the best?’ you build good products,” Williams said.

Enjoy the ride and put on a good show

It may sound like the Global IT Solutions team is all work and no play. But in fact, that’s far from the truth. When I interviewed Williams and Bolivar on separate occasions, both were quick to point out how much fun their teams have.

Before I even got to my first interview question, Bolivar showed me a video of the Tron-themed party that the IT team recently hosted. Bolivar asked with pride, “See that guy on the drums. That’s a VP. Where else do you see a VP on the drums in a room with blacked out windows?”

Friday night parties aren’t the only time for fun though. The IT team is known for playing funny background music when Weiner tells jokes at the company’s all-hands meeting. And during the World Cup this summer they played the games on every TV throughout the entire company. “Anything from a tech perspective, we try to exceed expectations,” Williams told me.

At the end of the day, culture is what sustains any company. And this is core to the beliefs that have led Williams and Bolivar to build a successful IT organization. Both men told me that they have worked hard to create an atmosphere that enables employees to do good work and enjoy it.

At LinkedIn, the champions of culture just happen to be the same guys that reset passwords and fix broken computers.