We Must Recognize Afro-Latino Contributions to Black History Month 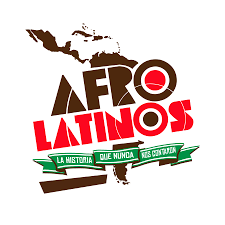 Black History Month was founded to celebrate everything within the African Diaspora and contributions to American history.

That diaspora includes Latin American countries and their descendants, which can often be overlooked.

“I am a proud Hispanic of color,” said Buffalo resident Eunice Lewin.

Lewin spent her career as an educator and is one of the first women and Latinas to be appointed to the SUNY Board of Trustees.

Back in the 1970s when Lewin migrated from Cuba to Buffalo, the term Afro-Latino was not as popular as it is today.

“We Latinos have very strong African ancestors,” she added.

Yet Lewin says her African and Hispanic heritage can often be seen as mutually exclusive.

Growing up she saw herself in Celia Cruz. The Cuban born singer was named the Queen of Salsa Music.

“I saw her not as someone that sang but the role that she played as a woman, the impact that she had globally,” Lewin said.

Breakthroughs involving Afro-Latinos continued in the world of art.

“His father is from Haiti and his mother is from Puerto Rico,” said artist Markenzy Julius Ceasar of Jean Michel Basquiat.

A New York-born artist, Basquiat achieved fame as a graffiti artist and later through his paintings which were featured in exhibitions around the world. Ceasar is a Haitian artist in Buffalo inspired by Baquiat.

“Throughout his life he was always trying to be part of the art world and at that time it was very white majority,” Ceasar said.

Basquiat is recognized as a cultural icon today. The multi-lingual artist often highlighted race relations and his own Afro-Latinidad in his work.

For Afro Latinos, Puerto Rican Major League Baseball player Roberto Clemente is perhaps one of the most iconic players of Afro-Latin descent.  Clemente, who played for the Pittsburgh Pirates in the 1950s, became the first Latin-American player ever to be inducted into the Baseball Hall of Fame. He was also an activist for human rights after his own experiences with racism and trials with English as a second language.

Today the world is more inquisitive about all the shades that exist within Hispanic culture.

“When people began to say well I am of color. How did that color come about,” Lewin said. “People are beginning to talk about their own ancestors and the influence that Africa and slavery had in the Caribbean.”

Lewin said it’s embraced more so now because of the renowned Afro-Latin figures that are highlighted now.